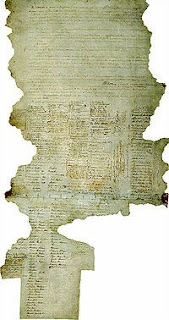 The Treaty of Waitangi (Māori: Te Tiriti o Waitangi) is a treaty first signed on February 6, 1840, by representatives of the British Crown, and various Māori chiefs from the northern North Island of New Zealand. The Treaty established a British governor in New Zealand, recognised Māori ownership of their lands and other properties, and gave Māori the rights of British subjects. However the English and Māori language versions of the Treaty differ significantly, and so there is no consensus as to exactly what was agreed. From the British point of view, the Treaty gave Britain sovereignty over New Zealand, and gave the Governor the right to run the country; Māori seem to have had a range of understandings, many of which conflicted with the British understanding. After the initial signing at Waitangi, copies of the Treaty were taken around New Zealand and over the following months many other chiefs signed.

Until the 1970s, the Treaty was generally ignored by both the courts and parliament, although it was usually depicted in New Zealand history as a generous and loving act on the part of the Crown. From at least the 1860s, Māori looked to the Treaty, with little success, for rights and remedies for land loss and unequal treatment by the state. From the late 1960s, Māori began drawing attention to breaches of the Treaty, and subsequent histories have emphasised problems with its translation. In 1975 the Waitangi Tribunal was established as a permanent commission of inquiry tasked with researching breaches of the Treaty by the Crown or its agents, and suggesting means of redress.

Today it is generally considered the founding document of New Zealand as a nation; despite this, the Treaty is often the subject of heated debate. Many Māori feel that the Crown did not keep its side of the bargain, and have presented evidence of this before sittings of the Tribunal, despite a contrary view from some in the non-Māori population that Māori pay too much attention to the Treaty and use it to claim 'special privileges'. The Crown is in most cases not obliged to give effect to the recommendations of the Tribunal, but nonetheless in many instances has accepted that it breached the Treaty and its principles. Settlements to date have consisted of hundreds of millions of dollars in money and assets, as well as apologies.

Posted by Downunderdale at 8:16 AM

I've often thought that indigenous people in various parts of the world have had a very rough deal from politicians and missionaries alike.