Nearly all the Eleganza, Dazzle, Razzle and the Painters threads

Stencils and other bits and pieces

BUT they all produced wonderful work and as usual, I got a few ideas I am busting to get going on.

Berry Quilting Retreat is the baby of Elizabeth Dubbelde who also owns Berry Patchwork and she has done a remarkable job because it was one of the best and most organised event I have attended and Berry is a great spot to visit. I would recommend the event to anyone

On the Saturday night there was a retreat dinner where lucky Ian was only one of two men but he seemed to survive and for the weekend he even had his own name tag which I even saw him wearing.

This year and last year I entered works in the different exhibitions Elizabeth offered, mainly to support the hard work she does. I don't normally exhibit but I made myself. Last year it was the World of Colour - this year the World of Texture with this piece which has kept me busy because it is longer than I usually work and I was experimenting with paper and fibre mostly - it is called New York New York and is based on the sewer covers I took mountains of photos of etc. I hand stitched yellow thread through some of the channels late on Thursday night and handed it in on Fri so no pics of detail. So I was shell shocked when it won. Wow - and thank you!

Then to make it seem super greedy my Red Obsession piece titled Circular Motion (thanks Ian for that) won the One Red Thread prize. I have loved stitching this piece mostly in the evenings. Love weaving flimsies and completing the background with running stitch before adding the top layer. My style of kantha.

So there you have it - a super trip in NSW South - a wonderful retreat with such a lovely talented class and two wins! Indulgence that is

The All Blacks team was announced yesterday - World Cup starts in a couple of weeks - I was sorry that Cory Jane missed out but there are just too many good players.
Posted by Downunderdale at 3:57 PM 7 comments:

I went to a lovely exhibition in Balmain - thanks to Cindy for inviting me, and caught the ferry back

And then got worse but it's only rain! And what I haven't heard since I was a little girl

Red parrots enjoying themselves while we eat breakfast

Now - off to explore

coming up for air 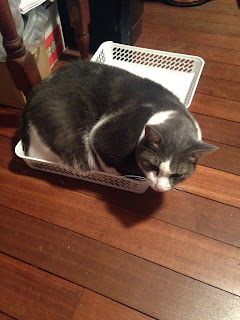 It's nearly the end of August and time has simply flown by. We are off to Sydney tomorrow and then driving down to explore the environs before arriving in Berry on Friday to set up for trading at the Berry Quilt Retreat and teaching for me. I am really looking forward to it for all sorts of reasons. I love sharing my ideas and hope that all the class enjoys it - only 2 days so it is always difficult to decide what to do and what to leave out. I am taking lots of samples of things we are not even doing but that's me. Someone is a bit concerned - there is only 1 suitcase out but three boxes have gone and there is activity so maybe Harley is thinking that sending her off with an order might be nice or she is just making sure. We had the show here in Perth two weekends ago and that upset her all the comings and goings. If only we could understand the copious amount of talking she does. Need a google translator. 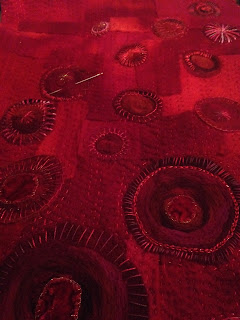 The show was great - I had my own little area where I did nothing much although I did show many people how to use the flower stitcher and do lots of free stitching on my favorite wash away - Romeo. I didn't do much hand stitching but I had lots for people to look at - this is my Red Obsession for Berry - it is now finished - when do you know you have finished? Certainly been working on it for some time. 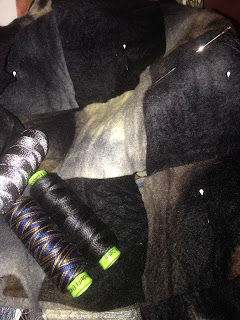 So I have started another to take with me - I have selected some Eleganza and Dazzle to add to my box of tricks and cut and woven a Stonehaven flimsie - of course. I love the rhythm of stitching rows for the first layer. 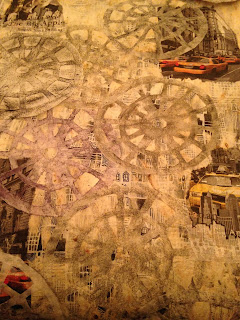 This is my World of Texture for Berry  - it has more layers and only today so not sure if I will get it finished - the usual lots of work but also new ideas exploring as I go. I will take it any which way 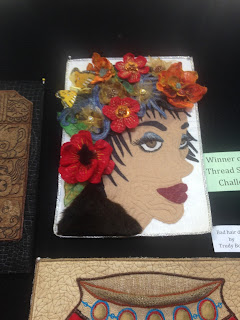 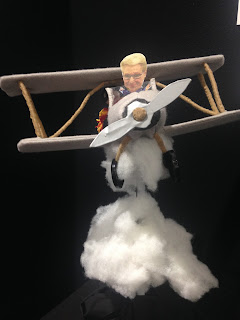 this was the doll challenge winner - very topical Bronnie - they had to use thermo felt in their entry. What will I make them try next year? 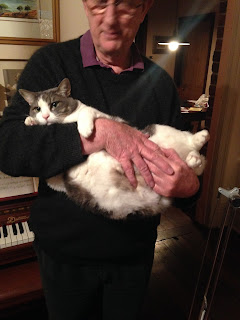 There are few things I love more than eating - one is being combed and the other is being carted around - I could do this all day except that the humans complain about how heavy I am. 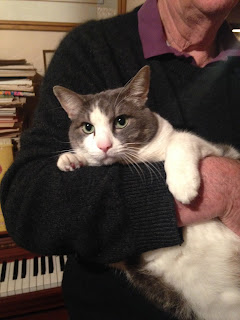 And a close up to show just how much I love this. You can see the piano keys in the background - slowly slowly does it - failing every day but a bit here and there - the left hand is still behind in speed.