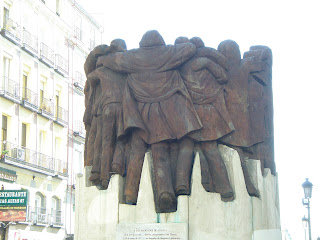 Saturday we went to Toledo on the train. On the way to the station we passed this statue - not sure of its title but very striking. The whole works goes right around and looks like some sort of solidarity 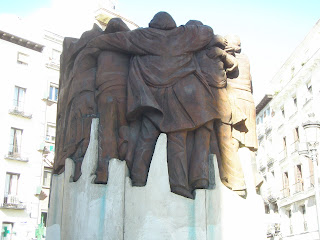 Atocha Station, where we caught the train, is an irn and glass relic from the 19th century - with wonderful exotic plants and a huge turtle colony. 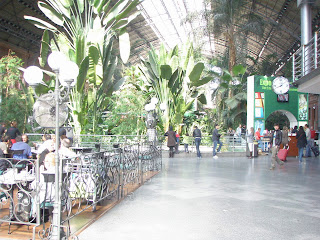 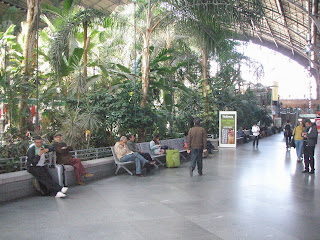 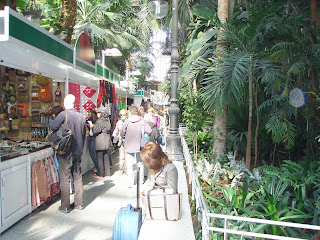 A couple of shots of Toledo - a very old walled city - we caught the tourist bus which drove us around and left us in the centre. Lots of tourists - I would hate to be there in the summer. You will have to turn your head or your computer on its side to see these next 2pics - I cannot turn them around in my eepc sorry. 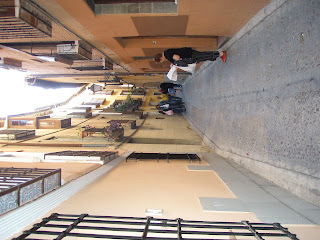 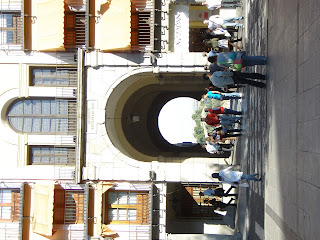 finally - the train station at Toledo - pretty spectacular for a train station. The trains were all full - they must run even more in the summer. 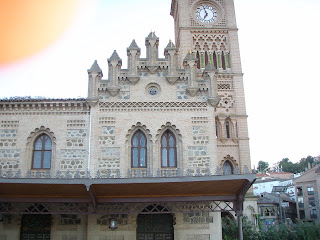 more adventures later - I have managed to get a day behind.

Thanks for all the lovely emails about Max - we appreciate it. Max was Ian's big brother - apparently Ian is now the godfather of the family - yikes...
Posted by Downunderdale at 5:23 PM

Yikes Dale where's his beanie--I had to clean my glasses to check if I was seeing things.

I am only just catching up on the last couple of days. Sorry to read about Max - synpathy to you botn. Very glad to see you now have a new pair of red shoes - it would not be a proper holiday without that purchase! Fascinating buildings. cheers,Robin

I somehow missed the post about Max and send you both my condolences. That statue is amazing and the railway stations are such beautiful buildings. Thanks for sharing your holiday sight-seeing with us.