Bit of a lazy weekend watching rugby and relaxing - well - counting stock and winding threads and sorting as well would be better. Ian's 'old' team lost yesterday - The Force had a very good win in Auckland so of course he has mysteriously gone back to his roots and the Crusaders. Talk about a turncoat. If you are seriously loyal you stick with your team through thick and thin.


I have continued to potter around with my twinneedling stuff. This is the front cover of my precious book 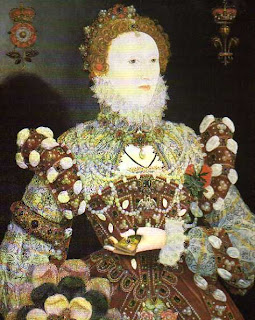 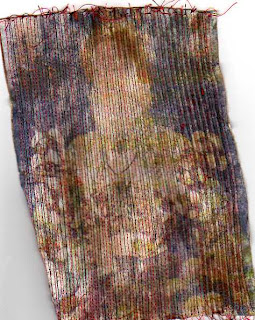 Another version which you can see is clearer and not in reverse. This one was using the Jacquard pre-treated cotton but maybe if your piece was old and jaded and worn out it might be more like the first one. 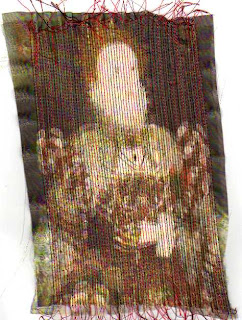 Then I have cut it up and rejoined it. I would like to think that it could be seen as recycling? 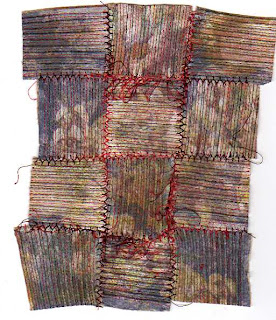 In preparation for the next stage I have twin-needled some red velvet - which Rae had dyed - Kiss-me. Appropriate? 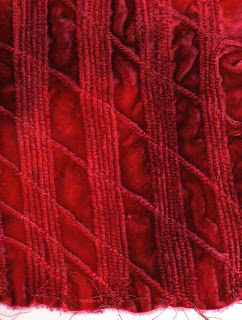 I have since cut them all up and will stitch them back together - this bag will come together sooner or later......
Posted by Downunderdale at 3:41 PM

This is interesting. I'll be eager to see the results.

I love the rich red velvet, the finished bag should be interesting to see, the twin needled Bess is fascinating

How have you done this, Dale? The velvet piece I mean.