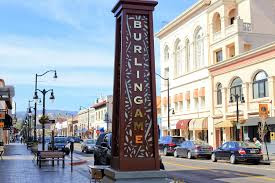 In May we went to Toronto where I was teaching at the Canadian Embroidery conference. It's a long way from Perth so we flew via Auckland (spent the day relaxing in the Koru Club where they actually had chaise type lounges for those of us who arrive at 5.30am can have a wee nap). We stayed one night in San Fransisco to make the flight less painful not far from the airport. We spent our day at Burlinghame rather than rush around. Found a lovely shopping street on a lovely day weatherwise. 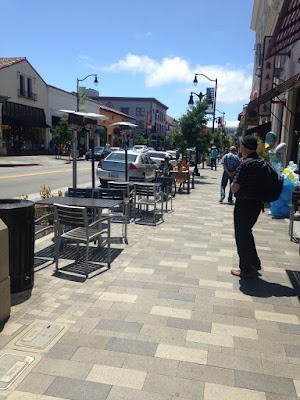 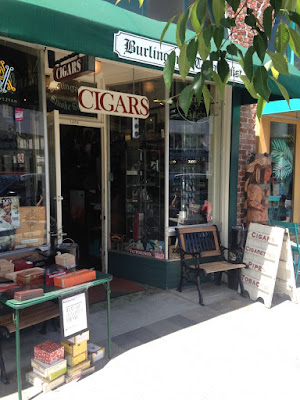 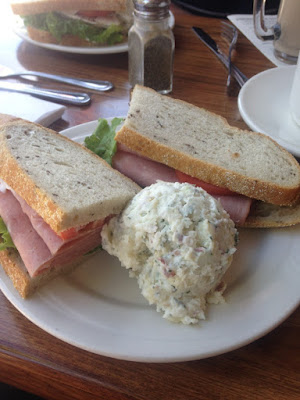 Had some lunch to go with our coffee 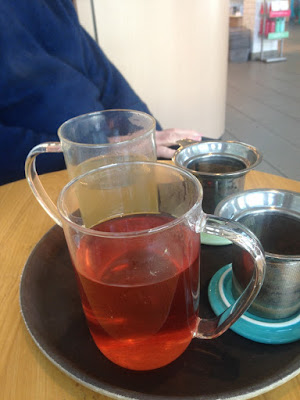 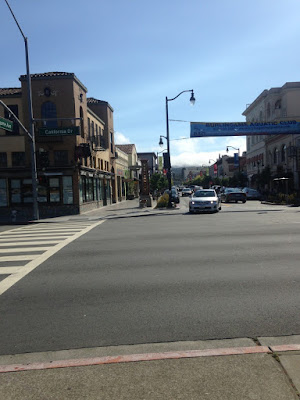 at the end of our day back at the top waiting for the bus. 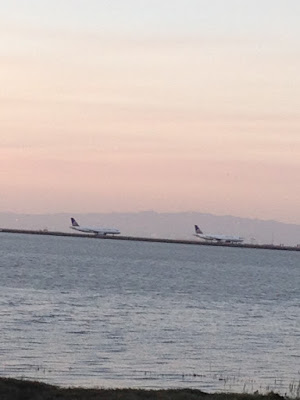 We were staying at the Westin and walked along the bay both nights first to a Mexican restaurant and the second night to a Thai restaurant which served Mexican food. Figure that out. But for Ian it was aeroplane heaven as we could see across to the airport and watch the flight path - planes coming in at the rate of knots and loads lining up to go out. I love the colours my phone managed to capture. 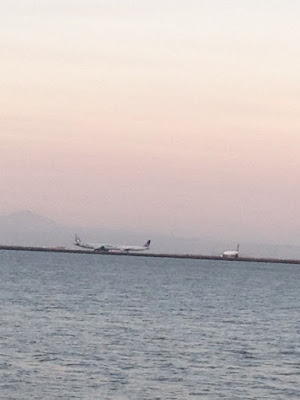 So a relaxing time good for the weary travellers - the hotel was good too.
Posted by Downunderdale at 9:55 AM

What an interesting stop off. Lovely weather too. Hope the journey wasn't too exhausting.