So many people in London 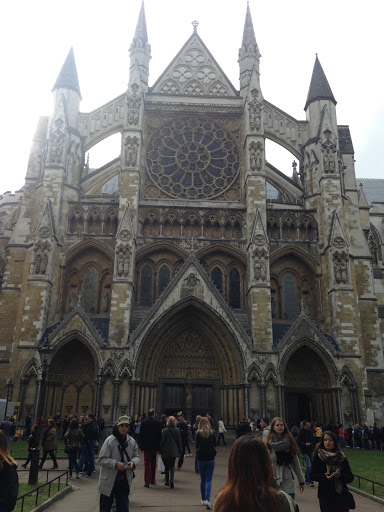 20 years ago when we first came to London I wanted to visit Westminster Abbey but we were on a tight budget so we only looked inside the door. Of course I have been complaining about how mean Ian was ever since so on Saturday he decided we would go visit. Ha ha - just how many people are there in London? Well they were all hanging around the area and I think we may have been the only ones speaking in English. Sure shows how everyone loves the British stuff. Anyway the queue was so long we decided to move off. Great window though. 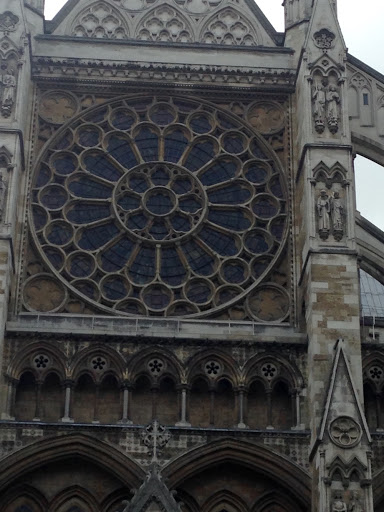 I do love all the detail on these buildings - so much work. 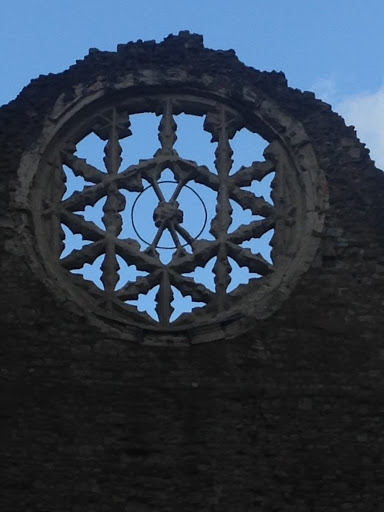 This one, I think , was Winchester Cathedral - I may have got confused after trying to move around though so many people.    Sat afternoon was exceptionally frustrating trying to find a pub showing the rugby - there was a soccer game on at 5pm so luck was not on our side and when we finally found one where we were told they would happily show it, the story changed when we arrived, so we followed it on our ipads and sadly missed an especially fantastic second half. All Blacks 57 South Africa 15 - tells it all.  Then to recover we went to The Trubadour in Earls Court for dinne - always a good spot. 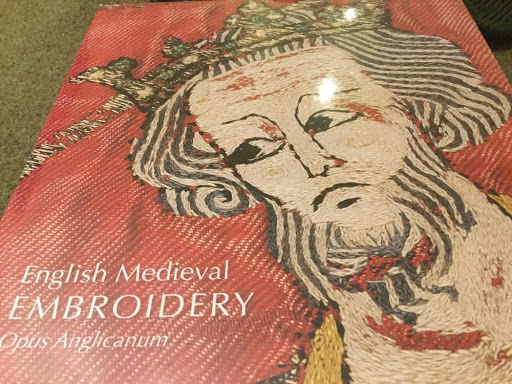 Sunday morning was our visit to the V and A to see the Opus Anglicanum exhibition - it was fabulous to see things up close and I think even Ian enjoyed it. I dithered about but bought the very very heavy book in the end. i have collected quite a few new ideas for exploring before too long. 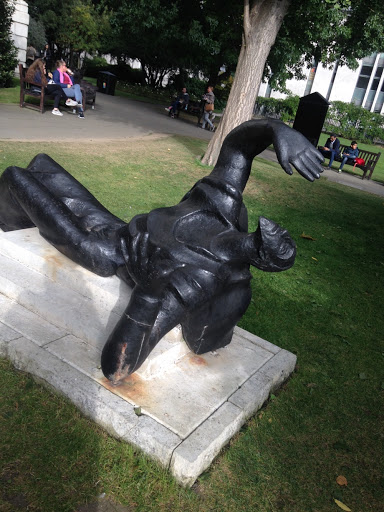 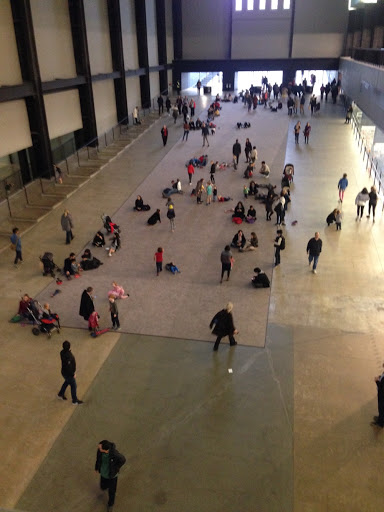 And then went to the TATE - there were heaps of people around. STarting to rain - time to go to Spain.....
Posted by Downunderdale at 1:55 AM

Sounds like you have seen lots Dale. WElll done.
I have been in Lnndon today At Ally Pally and enjoyed ecery minute of. So Many lovely exhibits, so many nice people to talk to. I even sat and chatted to a lady who had travelled over fro New Zealand especially for the show.:-)
hope you enjoy Spain too.

I would love to see the inside of Westminster Abbey but the day I was there it was so crowded and we were short of time. I would also have loved to see the Opus Anglicanum exhibition - it must have been breathtaking. Sad you missed part of the rugby match - I'm afraid that there is a myth that football is the only sport we want to watch! At least the result was good. Enjoy Spain.